Agios Minas is the protector of the commercial market of Thessaloniki.

The original church of St. Menas was built during the 8th century and was the oldest church in the area.
Testimonies of Byzantine documents affirm that the church existed and operated from the early 9th century Byzantine Thessaloniki as the Turkish invasion of 1492.

Unfortunately, the Church of St. Minas, along with another who was later built was destroyed by a series of fires that occurred in the region.

The temple was destroyed in 1687 during the bombing of Thessaloniki from the Venetians and again by fire in 1700. John Kaftatzoglou was the person who supported financially the reconstruction of the church.

The church today is a building of 1890 and is based on a completely different architectural design from the original one.
During the Turkish occupation the church was one of 12 Christian churches that remained available to Christians and not transformed into a mosque, but the only part of the original church which still exists are two columns along with some marble sculptures.

In this church took place the holly service for the liberation of the city on October 26, 1912.

(The monument is approached from the bus station Port and is only 300 meters away). 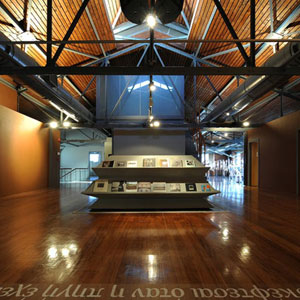 In 1987 a group of people has founded the organization "Parallaxis" and they have created the first museum of photography... 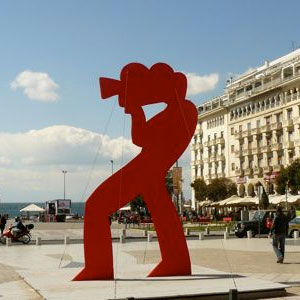 The Cinema Museum was founded in early 1995 following a decision from the Organization "Thessaloniki Cultural Capital of Europe 1997."
Churches
1