Stop 3 is currently out of service, but the Agia Sofia Church is within walking distance of stop 6.

Τhe Agia Sofia or Agia Sophia for several years was the metropolis of Thessaloniki.

Hagia Sophia is a great Basilica (domed) built over the ruins of an earlier gigantic basilica (which was destroyed in the 6th century AD)
The church was built to commemorate the Hagia Sophia in Constantinopolis.

The construction began in the 7th century AD but during the years of construction there were many modifications and additions. During the Ottoman Empire this church as many others became a mosque but it was destroyed by fire in 1890 to reopen and offer its holly service, in 1913. Visitors of Hagia Sophia will be able to observe the existence of very impressive pictures and carved decorations retained by the 8th, 9th and 11th century. 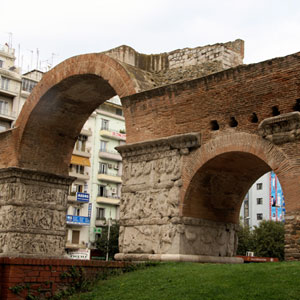 One of the most characteristic monuments of Thessaloniki is the Arch of Galerius, located on the upper side of the Via Egnatia...

The Rotunda is part of the imperial complex built in 306 AD as the Pantheon (or mausoleum) for the emperor Galerius.
Bus Stops
Churches 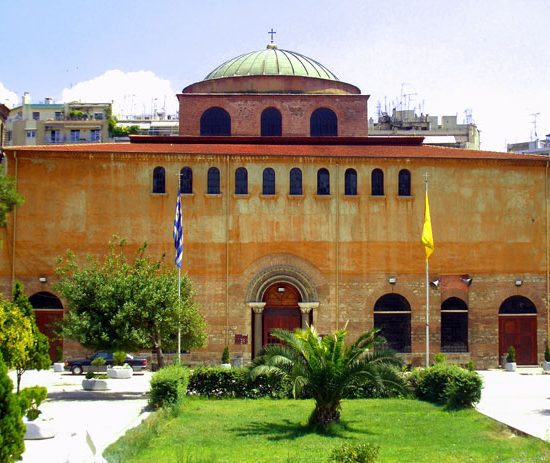 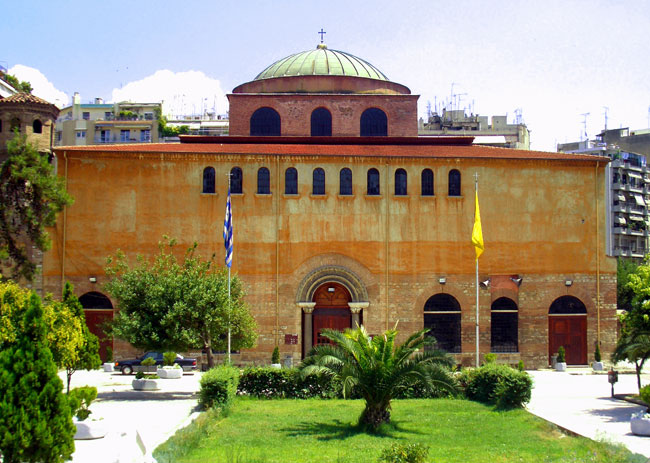